There are three primary reasons why having a good snow retention system on a metal roof is important. Those reasons are safety, liability, and damage prevention.

The first reason (and most important!) is safety. Without snow retention, people, pets and 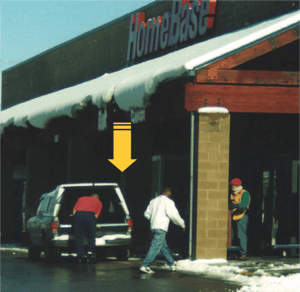 landscaping are at risk of snow and ice sliding off of metal roofs in what can be incredibly dangerous avalanches. Gutters can also retain ice dams, which can create dangerous falling ice. These avalanches can harm persons, animals and damage property that is under the roof. Although the snow on a roof doesn’t compare to the amount of snow on the side of a mountain (in case you wondering if the term “avalanche” is an overstatement), the amount of snow that can fall off of a roof often weighs in the tons. While some roofs may seem relatively small, the amount of snow that can be retained on a roof (and subsequently fall off) is no small matter at all. Every year there are stories in the news of persons who were seriously injured or even killed by falling snow and ice. Having the proper snow retention system installed is potentially a life and death decision, which makes snow retention a must in regions that receive consistent annual snowfall. 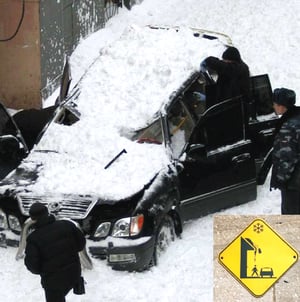 snow retention is important to protect against these risks, and the probability of being held liable should falling snow and ice create a dangerous situation.

The third reason why snow retention is necessary for metal roofs is to protect the roof itself from damage. Without snow retention, heavy snow loads can pull off other components attached to the roof. It isn't uncommon for pipes, satellite dishes and gutters to be completely torn out of metal panels by heavy snow loads. When this happens, not only do the parts that were dislodged by the snow need to be replaced, but the metal panels where those parts were attached are going to need to be replaced as well. In comparison to what this kind of damage can cost in repairs, a good snow retention system is well worth the investment.

Not having snow retention can not only cause damage to the metal roof itself, but also to the building structure. Snow that unevenly builds up in the valleys of metal roofs can cause leaks and structural damage. Properly installed and positioned snow retention systems will insure that snow remains more evenly distributed so as not to overload any one point of the roof.

Those are just some of the major reasons for why snow retention on a metal roof is so important. While some think they can skip the snow retention, the fact of the matter is that it is better to invest in a quality snow retention system than to risk safety and damage to the building.

Get the Complete Guide to Snow Retention