Structural screws are relatively new products on the market intended to be able to replace most applications where lag bolts would traditionally be used. Below is the breakdown on structural screws, how they compare to lag bolts, and where they can effectively be used as a lag bolt alternative.

Lag bolts serve a variety of purposes, with a main purpose being to handle structural applications that are going to

be under considerable stress as these bolts are capable of handling heavy loads. Different size bolts are used depending on the amount of stress the bolt will be under. While it is advisable to use bolts that are structurally rated, there are resources available that follow ASTM guidelines to determine load capacity based on the bolt diameter. It is important to follow code regulations to ensure that the bolts used are capable of meeting required load bearing capacity.

Lag bolts require a few steps for use that include pre-drilling holes with multiple diameters. For example, when fastening a deck ledger, a lag bolt requires a clearance hole through the ledger board and a pilot hole through the rim joist. In addition, it is important to include a washer when using lag bolts as these add additional weight bearing strength. It is not possible to counter sink lag bolts, which means that using certain drivers like an impact driver can result in over-driving the bolt by driving the washer into the wood.

Structural screws serve as many functions as lag bolts, but are considerably easier and more efficient to use. Since structural screws are made from hardened heat treated steel, they can be significantly thinner than lag bolts while being capable of holding as much or more weight than traditional lag bolts. Most structural screws do not require any pre-drilling. They also meet high standards for use in structural applications and compatibility with treated lumber.

Structural screws have a number of features that make them unique. Most structural screws have a flat head that is tapered off to the shaft.  This allows the screw the ability to countersink into wood so that the head is flush with the surface. The head also utilizes a T30 or T40 star drive making it virtually impossible to strip. Structural screws, like lag bolts, have an un-threaded portion that allows for the screw head and thread to pull the substrates together for a tight fit. After the un-threaded portion is what is generically called the minor thread (can also be called U thread). The minor thread bores out additional space to make the clearance hole that would need to be pre-drilled if using a lag bolt. Some structural screws have "teeth" on the lower threads that act as a saw blade, making it much easier to drive. The Type 17 drill point allows for an easy start.

The most common applications for structural screws include:

Which to go with?

Since structural screws have been on the market they have continued to increase in popularity among contractors. They meet the requirements for structural applications, are easy to use and leave a flat finish. If a job can use structural screws then they really are the better choice. 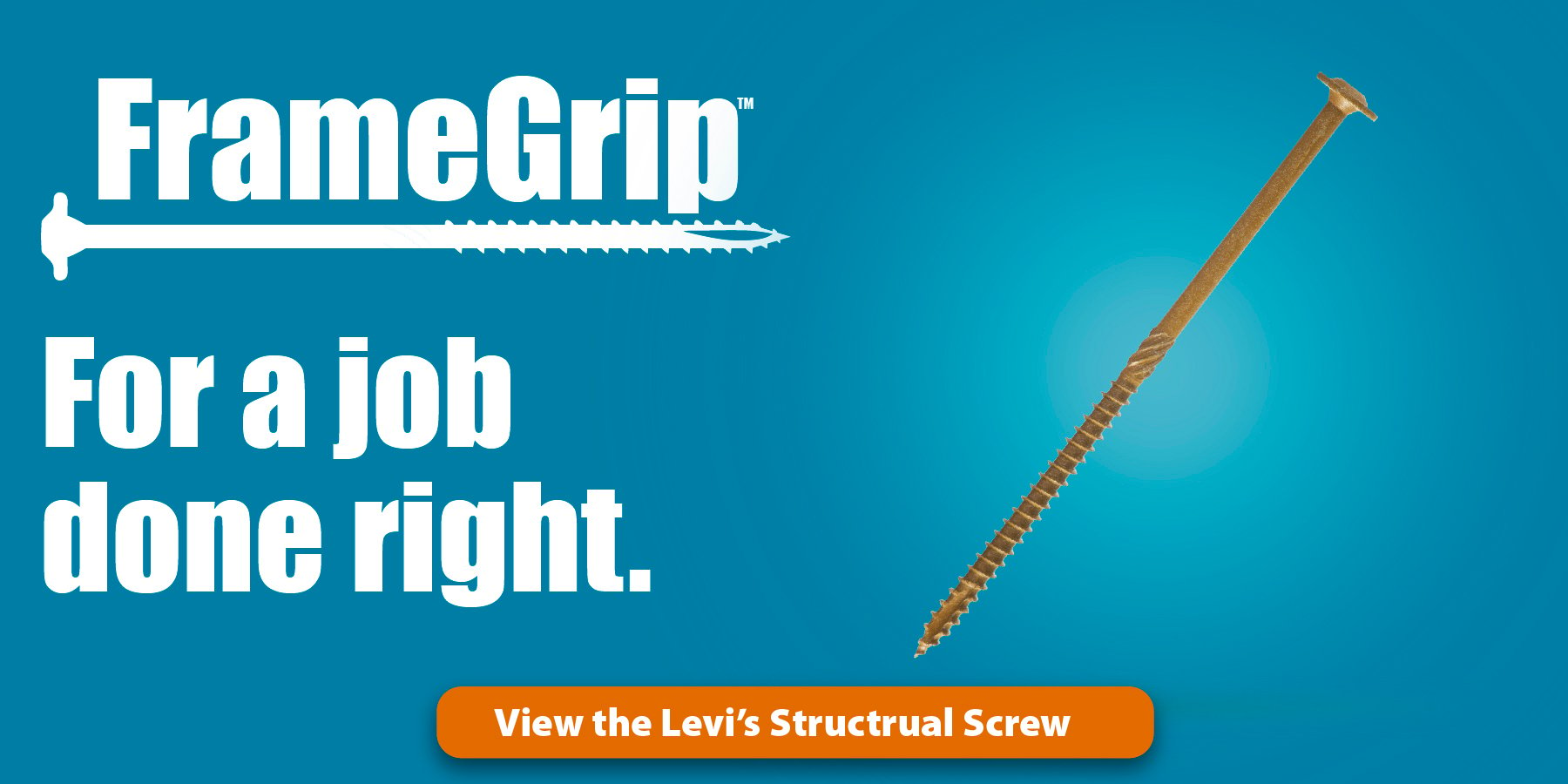