Finding the right snow retention system is largely dependent on the type of metal panels being used. The two major panel types are standing seam and exposed fastener.

Standing seam metal roofs are among the most popular for retail, hospitals and clinics, as well as private homes. There are a few options for standing seam snow retention, all of which fit into the two major categories of snow retention systems which are discontinuous and continuous systems.

Discontinuous snow retention systems are in short what most would call “snow guards.” These are 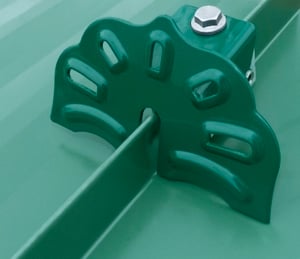 Important in choosing the right snow guards for standing seam panels is ensuring the quality of the guards, and that the method of attachment does not damage the panels so as to void the metal roof warranty. Set screws used for attaching snow guards to standing seam profiles should be rounded point set screws, not cup point set screws. Cup point set screws will break the protective coating on metal panels, leaving the area open to the elements and liable to corrosion. Round point set screws will only dimple the panels where the guards are installed, leaving the coating intact and not voiding the metal panel warranty from the manufacturer.

Continuous snow retention systems are also called rail or fence systems. These are typically aluminum rails attached to the purlin above the eave of the metal roof, and are continuous for the length of the roof. The rails for these systems are attached using specialized clamps. There are a large variety of clamps made to fit the differing standing seam profiles which are often specific to the panel manufacturer. Clamp manufacturers like S5! have online tools for searching for the right clamp to fit any given metal panel profile in their system. Finding the right clamp is important. Not only does the clamp need to be the right fit, but since different clamp profiles can vary in cost, having the right clamp for the right profile can save on a metal roofing project.

For exposed fastener panels, the options for snow retention systems are similar to that of standing seam, except that the attachment method for exposed fastener systems requires penetrating the metal panels with the appropriate metal roofing screws.

When it comes to exposed fastener snow guards, the main point is to ensure that the guard has a sealant at the attachment point, such as an EPDM rubber washer, to ensure that holes made in the panels by fasteners are properly sealed. Protecting the panels from the elements, as well as ensuring that the area is completely weather-proofed is of the utmost importance. Exposed fastener snow guards, like standing seam snow guards, will also be arranged in a staggered pattern along the eave of the metal roof. Use a snow guard calculator such as the one found at snowguads.biz to calculate the number and placement for snow guards. 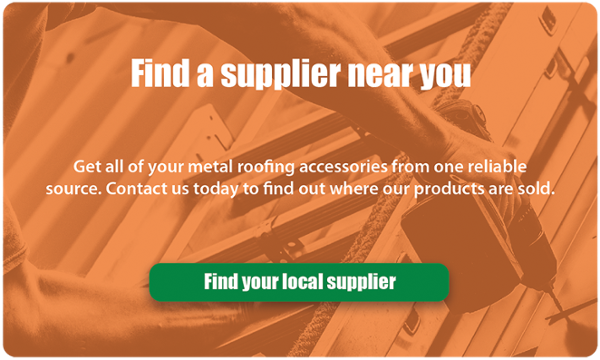